There are at least 50 shades of blue but most people are familiar with two main blue Sapphire colours. Rich blue Ceylon Sapphire which has been adorned by kings and queens for centuries and recently became famous, because it now sits on the hand of Kate Middleton, but was originally gifted to Princess Diana as her engagement ring.

Top Australian blue material is mined in NSW around Inverell and the very best stones are quite often exported to be sold overseas in the Thai and US market. We have a direct source from local suppliers and cutters, so if you are after a beautiful blue Aussie stone, just get in touch with us and if we don’t have one in our collection, we will source one for you. 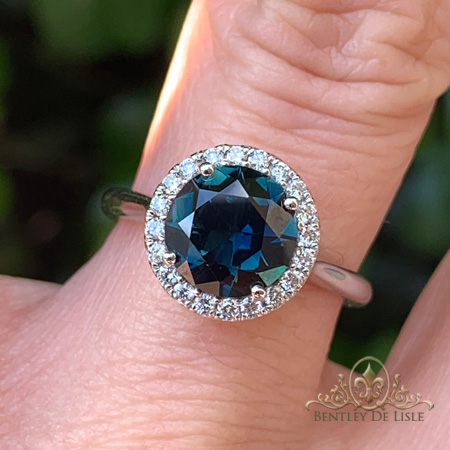 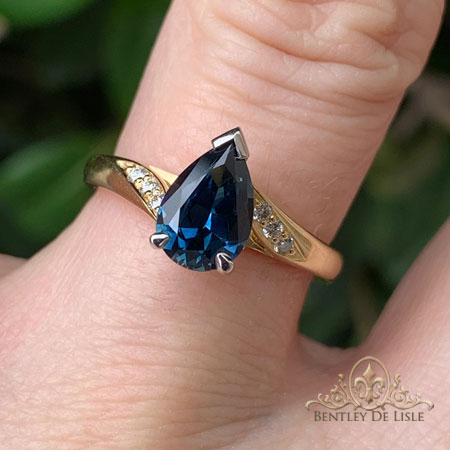 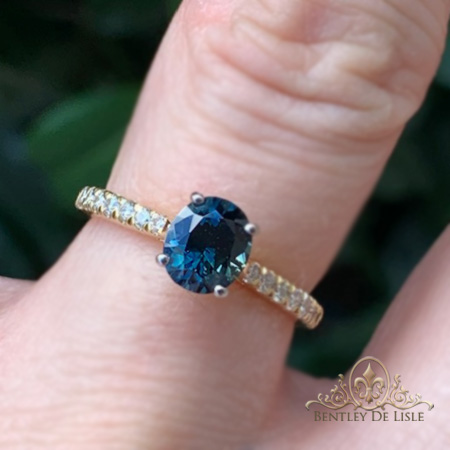 Ceylon type Sapphires come in so many shades of blue, it is only when you look at them side by side, you realise so many variances.  The word Ceylon is more about the type of stone, not just the colour. Ceylon Sapphires were originally sourced from Ceylon (todays Sri Lanka and Burma to name a couple), which are extremely rich in Sapphire deposits.

In recent years Madagascar has produced a large amount of Sapphires and thus they are called Ceylon type as there is no differentiation in some stones in their genetic makeup to identify the source of origin when being certified. 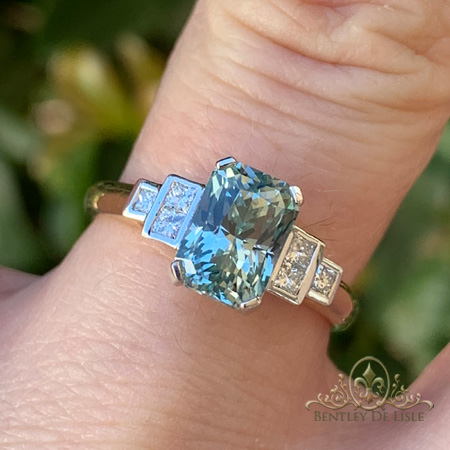 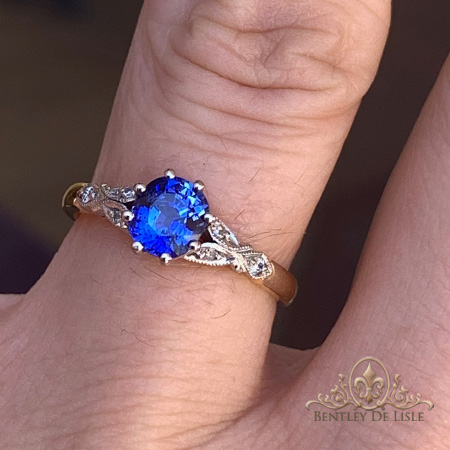 When choosing your Sapphire, colour will be the most important factor, which is why you are choosing a coloured stone in the first place. Most people seem to be attracted to a colour first, followed by the cut of your Sapphire which is also very important, because it will play a major part in the design of your ring. Unless you have a design in mind and then your search will be a lot more specific.

Clarity of the gemstone is also very important and all natural Sapphires have natural inclusions. Unlike Diamonds where clarity is extremely important, in Sapphire colour can be more important than clarity and sometimes we can compromise but never with heavy inclusions as they can compromise the stone’s integrity. Our stones are eye clean or better, but inclusions are a natural occurrence, they also mean the stone is natural and we look at them as a fingerprint.

Our large collections of both Australian and overseas Ceylon Sapphires of many shades of blue and various cuts are ready for viewing in our Paddington jewellery boutique.

When you choose to custom make a ring with us, we start by helping you choose the right stone, design and metal. The best way to choose your Sapphire is in person, because all coloured stones react to different lights. If this is not possible, we always do our best to show you images and videos of each stone in different light. Natural outdoor daylight is the best.

It is not until you see several stones side by side, that you realise they are so different from each other in their colour hues and usually one stone will stand out.

Enjoy some of our previous custom designs.

Standard heat treatment in Sapphires and many other coloured stones is common within the jewellery industry and we are very open about it.

Nearly all of our overseas Sapphires are certified (some with origin, stating where the stone came from) and the certificate states if the stone has heat treatment, but due to the cost we do not offer the same for Australian stones. To guarantee natural unheated Australian Sapphire, we would need to send the stone away to obtain an independent Laboratory certificate, which we can arrange at a cost to you.

We do not sell Sapphires which have been beryllium heat treated or irradiated.

At one point over 70% of the world’s supply of Sapphires came from Australia. These days the industry is mainly focused on hand fossicking with only a few mechanized mines. 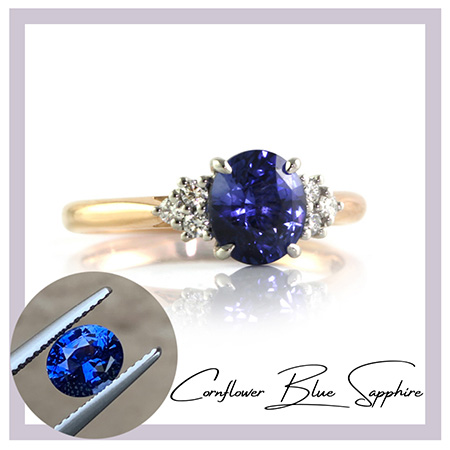 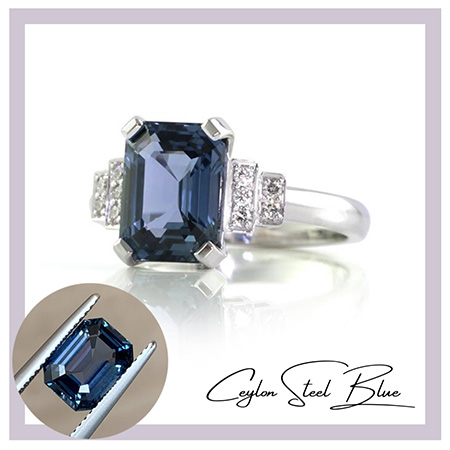 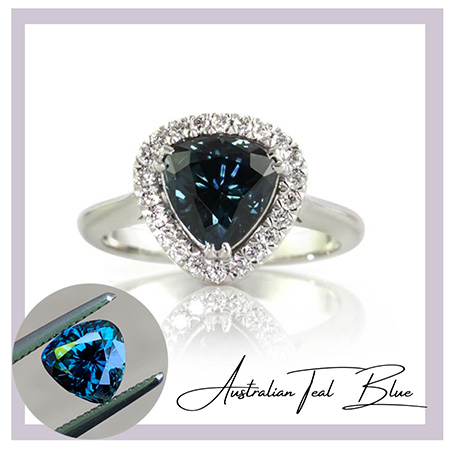 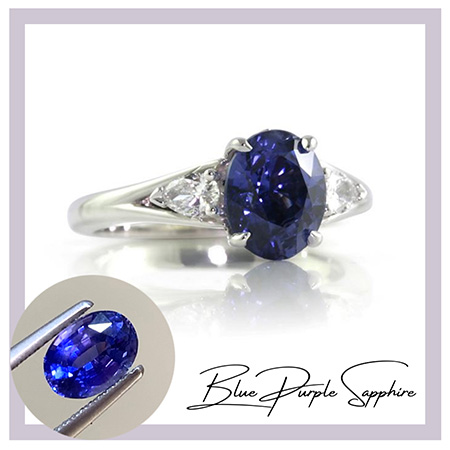 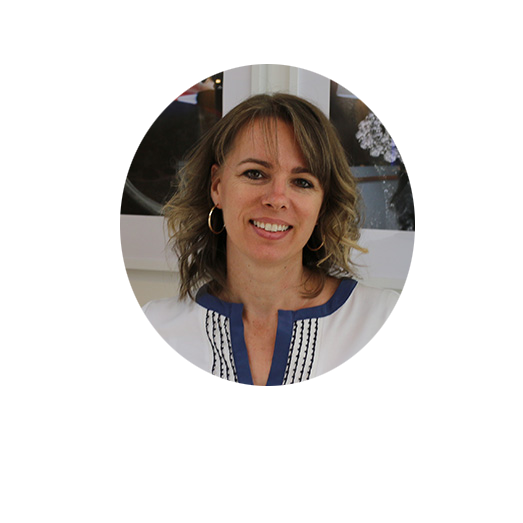 This blog was written by Tereza, our design consultant.

If you have any questions, we would love to hear from you. You can also book your design session with Louise or David and see these beautiful stones in person.